Rochester Football was able to pick up their first victory of the season by knocking off Berkley at home 36-12, in front of a crowd of 1,800 spectators. The Falcons struck first and struck often, including a pass and catch from quarterback Brent Burtraw to wideout Drake Reid for a touchdown. The Rochester defense limited Berkley on the ground, never allowing the Bears to get much going offensively. This was the third annual Falcon Frenzy, which included a live DJ, rock climbing walls, food, games, live music, and fireworks at the conclusion of the game. 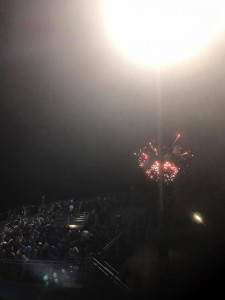