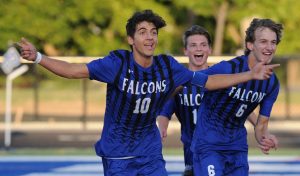 Four first half goals were all that was needed for the Falcons to put away Groves early. The first goal of the season came from mid-fielder Gunnar Foster who scored from just outside the 18 yard box after Groves goalkeeper misplayed a ball. Shortly after that first goal Viktor Juncaj capitalized on a penalty kick to put the Falcons up 2-0. Niko Stahakios added a goal off of a nice cross from Jack Myers. The first half scoring for the Falcons finished with another penalty kick conversion, this time from Stefan Baseski. 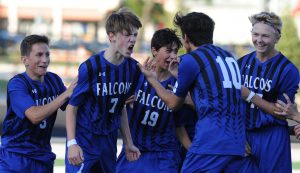