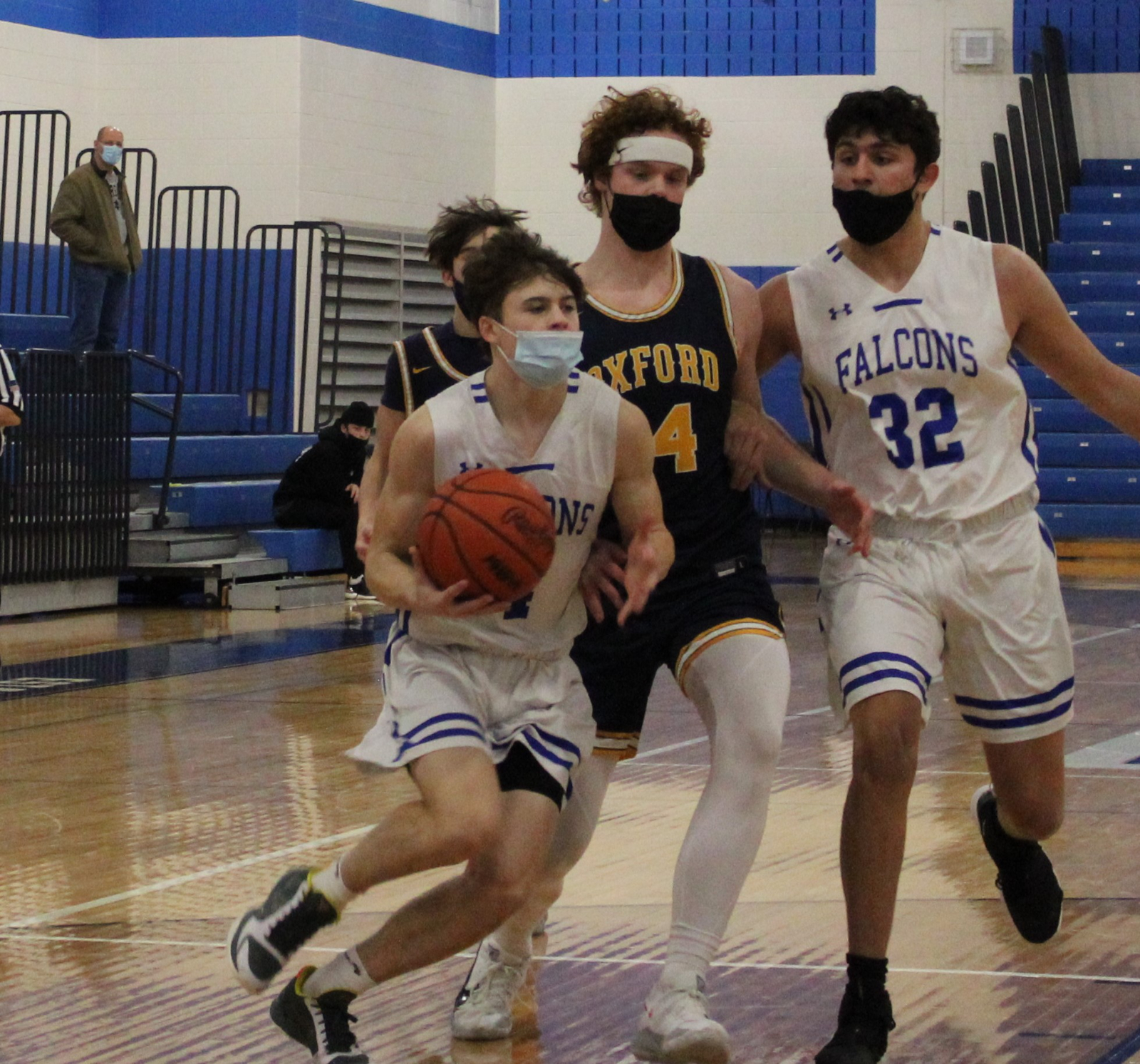 Congratulations to the boys basketball team on their 27 point victory this past Friday night vs. the Oxford Wildcats. After losing to the same team the week before in OT, the Falcons avenged that loss with a great effort on both ends of the court. Junior guards Louis Bowes and Preston Schroyer both had 14 points to lead the Falcons to victory.

The JV boys won earlier on the night and stay undefeated on the season.