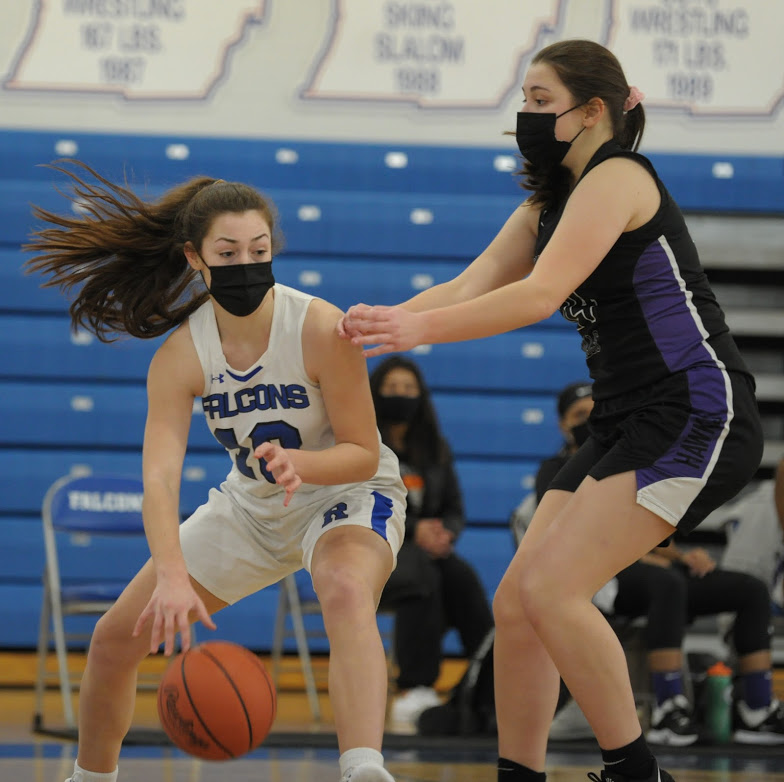 RHS improves to 3-2 on the season with a win over Bloomfield Hills by the score of 52-39.

From the tip-off the Falcons controlled the entire game. Rochester started the game on a 15-0 run, finishing the first quarter with a 15-2 lead.

The Black Hawks picked up the scoring in the second quarter but the Falcons answered with 5 points from Brooke Gordon and other contributors with 2 points each.  The Falcons took a 25-16 lead into halftime.

The second half was controlled by Ananya Rangarajan scoring 17 of her game high 25 points. The Falcons came away with a 52-39 win.