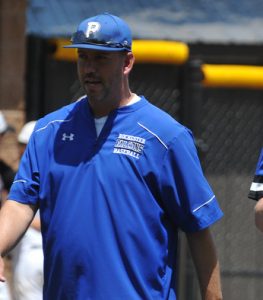 Career: Coach Magiera enters his 8th season as the head coach of the Falcons. Magiera started his coaching career as an Assistant at Sterlington Heights Stevenson in 2004, where he served for two years, including 2005 as a part of the state champion staff. Coach Magiera has been on the Rochester High Staff for 10 years, taking over as the head coach in 2010.

Personal: Eric currently resides in Sterling Heights, Michigan, with his wife Sarah and daughter Lillian, and is a teacher at Stoney Creek High School.