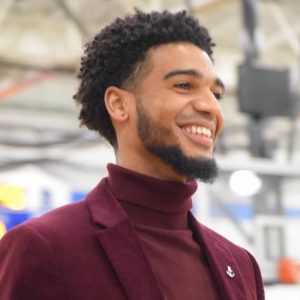 Career: Coach Kirwood’s first season leading the Falcons Basketball program was a huge succes. Rochester won 16 games during the regular season, which including a share of the OAA Blue Division Title. Kirkwood also successfully knocked off both in district rivals (Stoney Creek and Rochester Adams). Kirkwood coached JV basketball at Royal Oak High School and JV golf at Stoney Creek High School prior to coming to Rochester. He currently coaches Varsity Golf at RHS in addition to coaching basketball.

Coaching Philosophy: Kirkwood’s coaching style includes building lasting, trusting, and close relationships with each player. He strives to get to know the players on a personal level, and to impact them as individuals of purpose and integrity on and off the court. He embeds morals, values, and life lessons into his coaching style and leads by example. Kirkwood builds a mutual respect with his players, and desires each of them to know their value as players and as young men. He is gentle, yet firm, and intentionally finds the positives in every situation. Kirkwood is open and honest with his players, and is dedicated to developing his players as athletes, sons, students, and friends.

Education: Vance received his Bachelor’s degree from Michigan State University in 2012. He graduated from Troy High School in 2008 where he played basketball and golf, and was captain of both teams.

Personal: Kirkwood resides in Sterling Heights with his wife Essence, and their dog Scout. He manages a Huntington Bank Branch in Rochester Hills.